Many of our talented athletes are also enrolled in post-secondary education. We understand how it can be difficult to balance academics, athletics, and finances. The TSG Strength Scholars Program rewards academic performance at the end of each semester with up to a 15% reimbursement on coaching fees.

If you are a student and looking to sign up, Complete application form and that's it.   We will be in touch with you at the end of your next semester regarding your scholarship/discount.

Interested in being a TSG athlete?   Check out our Coaching Services  This is only one of the many initiatives you can look forward to as a member of our team

APPLY HERE
Nicolas L'Amarca: 4th Year Mechanical Engineering Student & 74 kg Lifter
Earlier this year I decided I wanted to elevate my training to a quality beyond what I was capable of producing on my own, so I reached out to TSG and began working with my coach Ryan Smith. Since then I have gone on to set several competition PRs, improved my technique across all 3 lifts and have broken both junior and open provincial bench records.
During this time the TSG team reached out to me to be considered as a potential candidate for their Strength Scholars Program- an initiative providing financial support through the means of discounted coaching to athletes currently attending post-secondary schooling who maintain a specified level of academic success throughout the semester. Despite my current situation of being away on internship for my program and not being in the traditional classroom setting, I was still considered eligible to participate in the program and receive the benefits that are offered. This has allowed me to contribute the resulting savings to the many costs associated with re-locating for the year on my own for my current work-term, as well as being able to afford travelling home more frequently to visit my family and friends. It has been a very positive experience that I am grateful to be involved with.
I am proud to be a part of a team that values excellence not only on the platform but also in the classroom. The Strength Scholars Program is a great opportunity for any student seeking to push themselves in the sport of powerlifting with the support of world-class coaching and a financial incentive to match that effort in their studies.
University: University of Calgary
Program:Bachelors of Science in Mechanical Engineering
Year of study: Entering 4th and final year of study following a 1 year internship in Fort McMurray with Suncor Energy
Time with TSG: 6 months 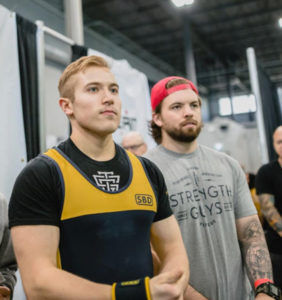 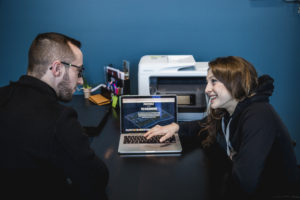